“We have to change our mentality,” he told participants at last month’s ECR. “All of us – cardiologists, radiologists, neurologists – need big data from different hospitals and we need to create a national network to share this data. Large projects cannot rely on data from a single center, nor even regional networks, but national networks.

Laghi, who is president of the European Society of Gastrointestinal and Abdominal Radiology, highlighted the importance of integrating AI into daily practice to improve the quality of diagnoses and reports, moving from emotion-based decisions data-driven decisions.

Big data and digital transformation are also affecting management and ensuring positive departmental change, he continued. For example, a business analytics system can support management decisions by providing metrics and graphical dashboards to improve efficiency in real time. Thanks to this, his own hospital – the Sant’Andrea University Hospital – was the only one in the region able to increase the number of outpatient CT examinations during the pandemic, because the department was able to use the data from the system. to change the workflow, he noted.

The time saved by giving time-consuming tasks to AI will be better spent communicating with patients and colleagues, but there is still a risk that, in a for-profit setting, the time saved will be used to move more patients around. the system rather than allowing practitioners to spend more time with them, Laghi added.

“The solution here will be for skilled, empowered radiologists to sit down with IT professionals and policy makers, driving the digital revolution,” he noted during the ECR session, “Meet the Professors 3 : why become a radiologist? held on July 15.

During the first PACS digital revolution, “dino-radiologists” resisted the change and tried to continue using paper-based technology, but they were unable to reverse the trend, according to Laghi.

If your idea of ​​being a radiologist is to sit alone in a dark reading room, sifting through hundreds of reports, then don’t do it and choose another specialty instead, he said.

Laghi illustrated his point with a blog from a US resident, who described his first impressions of an X-ray department. The resident described two off-putting factors: everyone was whispering and no one looked up after typing their reports. The author said it was the most boring month of his life, sitting behind other doctors “as they talked gibberish into a microphone”. The resident learned nothing in the field and felt neglected.

“That’s the impression we don’t want to give others about our department,” Laghi said, noting that modern radiology is different.

“We are no longer radiologists, we are imagers, diagnostic or interventional, and we use all modalities. When I first entered radiology as a first-year resident in 1992 in Rome, there were sonographers, CT imagers and MR imagers, all divided by modality. This is no longer acceptable and I hope there is nowhere in the world that still operates this way,” he said. said “Sub-specialization is absolutely necessary to provide patients with the best service.”

He noted that clinical competence was very important because radiologists are the decision makers, choosing the most appropriate exam for the patient based on the clinical scenario and considering the cost-benefit ratio. In an era of high healthcare costs, and especially imaging costs, it was important to address inappropriate imaging.

“Costly doesn’t always mean better,” Laghi noted, pointing out that some clinicians, unsure of a patient’s disease, will simply send patients for an increasingly expensive range of tests. “We are the only ones who can lead doctors to the best examination.”

Another incentive to become a radiologist could be the plentiful funding to bridge the digital divide across Europe, thereby improving the efficiency of healthcare, he said. For radiologists who experienced the first digital revolution in the 1990s with the shift from analog to digital data, this trend should come as no surprise.

Academic radiologists might still fear AI because they feel they are losing control of data, which might also be collected and used by cardiologists, noted session chair Dr. ‘University of Tübingen, Germany, during the discussion section.

He clarified that while the complex computing power of AI will always beat a human when it comes to automatically reporting fractures, it cannot replace multidisciplinary team discussion around a complex case of breast cancer. ‘ovary.

Modern radiology should focus less on reports and more on consultation, which means more sub-specialization in teaching hospitals and large general hospitals, Laghi noted, as well as taking a leadership position in multidisciplinary teams. Also, the radiologist must get involved in “participatory medicine”, that is to say, gain visibility and improve their communication skills to communicate effectively with patients before and after examinations. 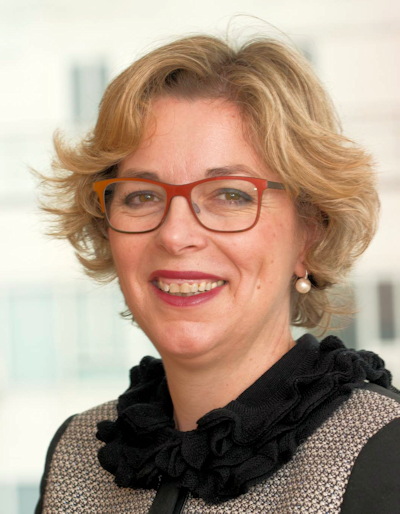 Modern radiology must also go through research and networking, the quality of the first being dependent on the strength of the second. The research is more focused on outcomes and value, said Professor Evis Sala, professor of oncology imaging at the University of Cambridge, UK.

Sala noted that informal mentorships can be more successful than formal programs, as was her experience during her own training, but programs can attract mentors who like the role and can hire more than one resident. Those who don’t want to frame shouldn’t because they usually won’t be good, she told the room during the chat section.

When it comes to finding a mentor, Sala’s best advice was to use “word of mouth”: trainees from the previous year can tell their younger colleagues who is a good mentor and who isn’t. ‘is not.