Disclosures:
The study was funded by Inari Medical. Toma claims to be a consultant for Medtronic and Philips. Please see the study for relevant financial information from other authors.


ADD A SUBJECT TO EMAIL ALERTS

Receive an email when new articles are published on

Please provide your email address to receive an email when new articles are published on .

We have not been able to process your request. Please try again later. If you continue to have this problem, please contact [email protected]

BOSTON — In intermediate- and high-risk pulmonary embolism patients, mechanical thrombectomy was safe and associated with good short-term hemodynamic and clinical outcomes, according to data from the FLASH Registry. 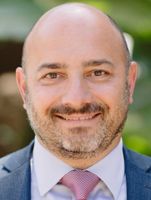 The cohort included 800 US patients with PE (mean age, 61 years; 54% male; 76.7% intermediate risk), 32.1% of whom had contraindications to thrombolysis. All underwent mechanical thrombectomy with a system (FlowTriever System, Inari Medical) which extracts the PE thrombus by aspiration or mechanical methods without the use of thrombolytics, Catalin Toma, MD, assistant professor of medicine at the University of Pittsburgh School of Medicine and director of Interventional Cardiology and Interventional Cardiology Fellowship at UPMC Cardiac and Vascular Center, said at a press conference at TCT 2022 .

The results were published simultaneously in Eurointervention.

“Mortality remains high in the PE space, up to 10% at 30 days in recent records,” Toma said at the press conference. “Perhaps less appreciated is the comorbidity of these patients with readmission rates, and up to 50% still have symptoms 6 months after their acute PE. Current guidelines do not place much emphasis on advanced therapies; they are reserved for patients who … have a contraindication to lytics or treatment failure. The problem with the initial lytic approach is the risk of bleeding and the requirement for intensive care. The mechanical thrombectomy approach may allow rapid clot resolution and improved hemodynamics without the risk of bleeding.

The 30-day mortality rate was much lower than that seen in the PERT Consortium Quality Database and in a meta-analysis of catheter-directed thrombolysis studies, Toma said.

More than half (62.6%) of the patients did not need to spend the night in intensive care.

At 48 hours, the right ventricle/left ventricle ratio on echocardiography decreased from 1.23 to 0.98 (P

The percentage of patients with severe dyspnea fell from 66.5% at baseline to 15.6% at 48 hours, Toma and colleagues found.

“The FLASH Registry demonstrates the excellent safety profile of the FlowTriever System in a real-world PE population,” Toma said at a press conference. “These are patients who, based on their baseline characteristics, are at high risk. Nevertheless, mortality remained below 1% at the 30-day visit. More importantly, hemodynamics rapidly improved during the procedure and clinical recovery continued for 6 months.

Randomized controlled trials, including PEERLESS, are planned, he said.

Back to the top

We have already seen temporary data cuts in this register. The final data closely resembles what has been seen in previous data cuts and indicates that this thrombectomy technique is very safe. The security numbers are in line with our experience and may be better than we expected. The on-table hemodynamic changes that have been described are also consistent with my experience. This is important for cardiologists in particular, who live and die by pressure gradients and cardiac output indices of RV function.

What remains unclear is what the long term benefits are. We believe that resolution of pulmonary arterial obstruction is important for long-term outcomes, but we have no evidence for this. The study numbers are relatively low, but consistent with our expectations for this patient population. We all agree that this is a large, robust, lab-controlled dataset that gives us confidence. It shows very good safety and acute efficacy. It remains to be seen what the long-term benefits are. We think we’re doing the right thing, and you can argue that if it’s safe, it’s worth it, because the consequences of failure are very significant for this patient population. The question remains open as to who should we do this with compared to conventional medical therapy, what is the long term benefit and if there is a long term risk. The question of risk is relatively well answered. The question of benefits remains open.

The guidelines won’t change until randomized controlled trials come back. And there are two important ones. The first is HI-PEITHO, which examines the more fundamental question of whether something like catheter-directed thrombolysis (Ekos Endovascular System, Ekos Corp.) is better than medical treatment in the form of anticoagulation. The second is PEERLESS, which is designed to compare broad catheter-directed thrombolysis to mechanical thrombectomy with the FlowTriever. It examines endpoints that are mixed between cost-effectiveness outcomes, patient-centered outcomes, and clinical outcomes. There will be some interesting results from both of these studies, which will be good news for this field, which has been devoid of any good randomized data so far. But they are not yet mature or ready for release. These studies will be needed to evolve the guidelines. I hope these results will lead us towards an invasive therapy for this complicated patient population.


ADD A SUBJECT TO EMAIL ALERTS

Receive an email when new articles are published on

Please provide your email address to receive an email when new articles are published on .

We have not been able to process your request. Please try again later. If you continue to have this problem, please contact [email protected]