It’s no secret that utility costs are on the rise. As inflation nears 8%, basic services and goods like groceries and utilities are rising in price. But new sanctions against Russia after the invasion of Ukraine have driven up the prices of natural gas, oil, coal and uranium. According to the US Census Bureau, energy services rose 12.3% year over year, with the cost of natural gas rising 23.8% and electricity 9%.

As the pinch is felt across the country, some states are seeing higher utility spikes than others. These six charts show you where electricity costs are rising the most. 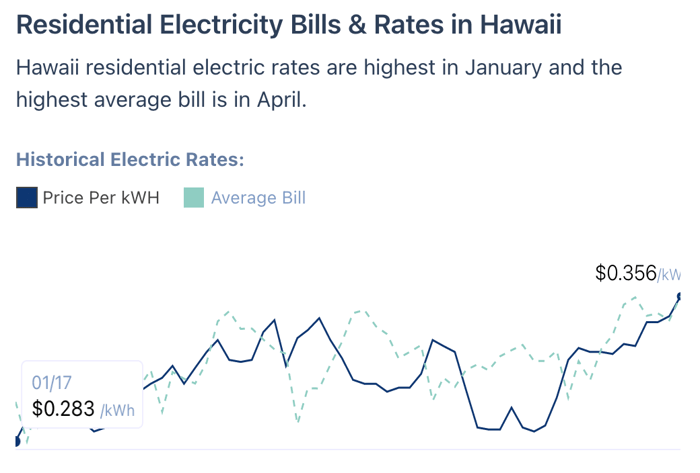 Hawaii leads – by far – when it comes to high utility costs. The average cost of $33.86 per kWh is 146% higher than the national average. The average monthly bill of $177.68 is 39% higher than the national average. Hawaii gets its energy from a mix of energy sources, but its main source is a variety of petroleum products and fuels, all of which have been hit hard by shortages over the past year.

Hawaii is a notoriously expensive state to begin with. Everything from groceries to gas and food cost more, and now it seems electricity costs do too. 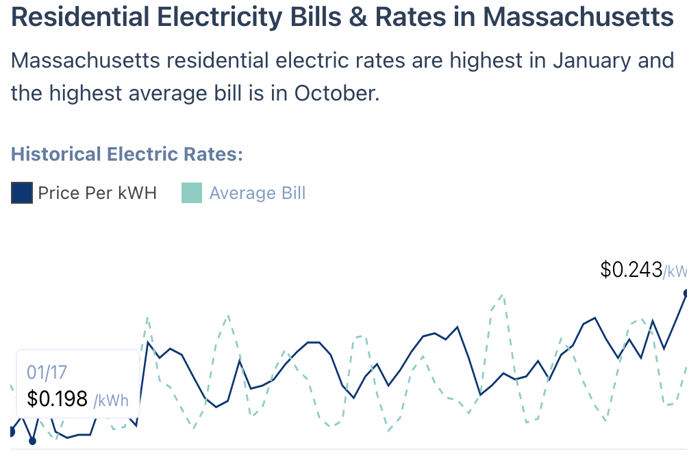 Massachusetts is among the states with the highest average cost of energy, based on average monthly bill and kWh, at $136.45 and $22.91, respectively. Franklin, Berkshire, Suffolk, Barnstable, Nantucket, and Dukes counties are among the most expensive in the state. The state is primarily powered by natural gas, another energy commodity in high demand and in short supply. 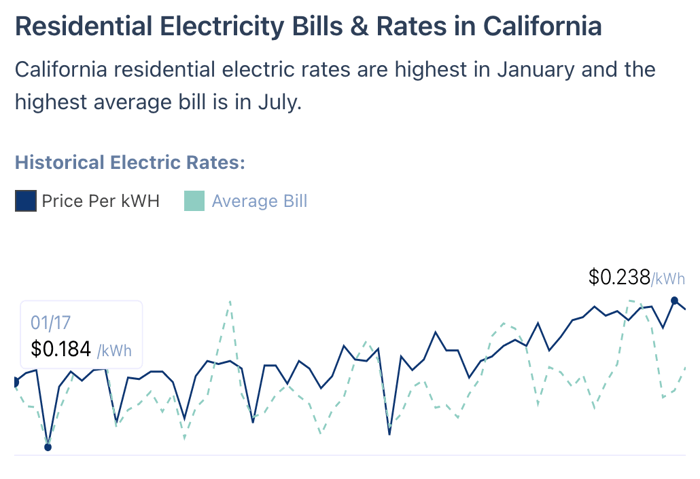 At $22.85, the average cost per kWh of electricity is 66% higher than the national average. Surprisingly, that’s not among the highest nationally for an average bill, likely due to the state’s increased reliance on solar and wind power. Santa Clara County, home to San Jose, is the most expensive county for electricity costs in the state. 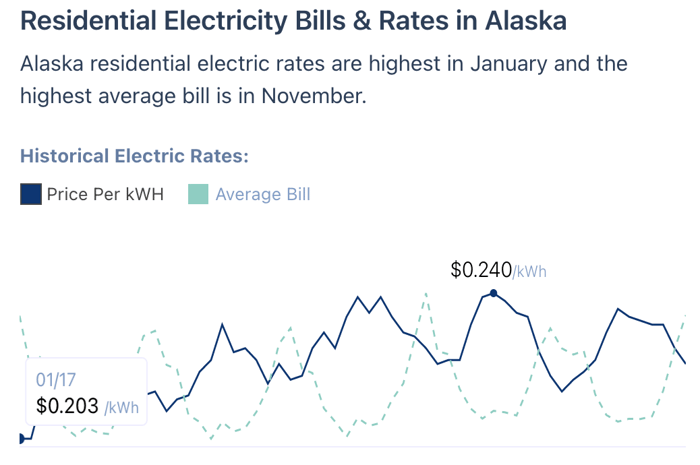 It might be surprising to see Alaska on this list as the state is known to be a stable producer of oil and natural gas in the United States. However, oil extraction requires reinjecting about 90% of the natural gas to maintain the systems, which limits the supply for consumer energy use. Its oil fields are also producing less and less oil each year. 2020 saw the lowest level of oil production since 1976. Due to unconnected grids and harsh winters, residents need more energy than in other states, so it’s easy to see why the costs are so high. 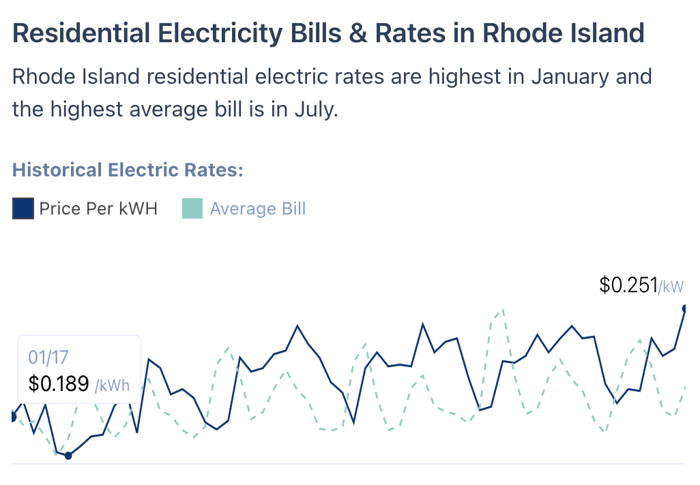 Despite being the smallest state in the United States by landmass, Rhode Island has managed to make it into the top 5 most expensive states by energy costs. Over the past year, electricity rates have increased by 11% in Rhode Island, with the average cost of electricity being 22.30 kWh today. His average bill isn’t the highest, thankfully, at around $130.35 per month, which isn’t too far off the national average of $122.19.

Reduced global energy supply will continue to drive up costs, which means rising utility costs, for the most part, are beyond our control. If you are in an area that is optimal for solar power, there is always the possibility of installing solar power. But it can be a costly initial investment and it takes an average of 10 years to recoup the cost of installation through savings on your energy bill.

For now, the best plan is to budget for regular increases in utility costs while accounting for inflation and reducing your energy consumption as much as possible. Small changes — like installing LED lights, turning lights off when not in use, and raising the thermostat a few degrees — can help lower your electric bill.